Fantasy sports are a relatively recent phenomenon in India. With the launch of gaming websites such as Dream11, India's first gaming unicorn, fantasy gaming has taken centre stage. 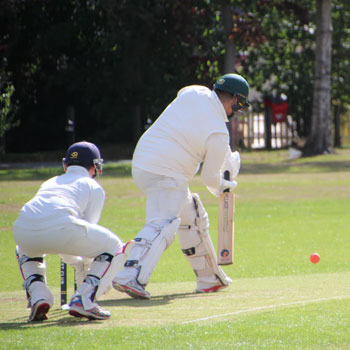 According to recent figures, India currently has about 20 million fantasy gamers, with that amount expected to rise to 100 million. Despite its growing popularity, there is no legal definition of fantasy sports or a comprehensive list of games that could be classified as such. With the Indian online gaming industry expected to expand to $1 billion by 2021, the entire online fantasy gaming industry will experience tremendous growth, necessitating a thorough understanding of India's fantasy sports law.

Fantasy Sports are online prediction games in which fantasy gamers assemble a virtual team of actual sports players such as Indian Premier League (IPL) players, English Premier League (EPL) players, National Basketball Association (NBA), and so on (people playing the game) These gamers are known as "Managers," and they create a team of players in a specific league who earn points based on real-life statistics transformed into fantasy points. Managers gain fantasy points based on the results of players in real-life sports. Managers compete against one another and their staff. These managers control a roster by bringing in, trading, and selling players to form their team.Fantasy sports are primarily divided into two categories. The first is a season-long draft, and the second is daily fantasy leagues played by players all over the world.

In Indian fantasy sports sites like Dream11 and My Circle 11, we typically see the daily fantasy version. Managers pay an entry fee to enter a contest, and the prize money is decided by the network. In cricket, points are awarded based on a variety of statistics, including a batsman's runs, a bowler's wickets, and a fielder's catches/run-outs. The managers must choose a captain and vice captain from among the 11 players, and their performance is usually rewarded with bonus points. At the end of the game, the boss with the most points wins the game.

Many fantasy sports platforms were in the works in India, but Dream11 was the one that broke through and popularised fantasy sports in the region. Other apps, such as MPL, My11 Circle, My Team 11, Fancode, Fancy11, Faboom, Fanfight, Guru 11, MPL, Balle Baazi, are struggling to keep up with the the number of new players entering the market. The Indian League of Unicorns welcomed Dream 11 as the first fantasy sports forum. They have also been at the forefront when it comes to legal suits, as many cases have been filed against them, several of which are still pending.

How do “Fantasy Sports” work in India?

The Fantasy Sports Self-Regulatory Industry Body in India is the Indian Fantasy Sports Federation (FIFS). FIFS was created to protect customers' interests and to provide best practises for India's Fantasy Sports industry. The FIFS also publishes a Charter for Online Fantasy Sports Sites, which outlines the ground rules for its participants.

To be considered for confirmation by the Board of Governors, the Operator is required to receive and request an evaluation and opinion from the FIFS Innovation Committee on the proposed competition as a "game of skill" for the online fantasy sports platform (OFSP). In a recent Rajasthan High Court decision, the Court claimed that FIFS now has over 35 of the largest fantasy sports companies as members, catering to 99 percent of India's fantasy sports users.

The Charter requires members to obtain a legitimate licence and permission for the use on its website of third-party intellectual property rights, such as player images, videos, trademarks, and so on. To claim any official association with the governing body, athlete, team, or tournament of any sport, members must first obtain a licence and permission. FIFS has also followed the Internet & Mobile Association of India (IAMAI) guidelines for self-regulation of ads.

The Public Gaming Act of 1867 is a central law in India that forbids the operation or possession of a public gambling house. The authority to enact state-specific betting and gaming legislation has been assigned to state legislatures under the Indian Constitution. The Constitution of India's Seventh Schedule (Entries 34 and 62 of List II) gives state governments the power to pass betting and gambling laws.

The biggest legal challenge for online gaming companies in India is deciding if it is a game of skill or a game of chance. Nations have followed a number of approaches to the idea of opportunity and ability. India has adopted the US model by using the "dominant factor" measure. The Satyanarayana and Lakshmanan cases were the first to address the question of "skill versus chance." The courts concluded that there is no game in which 'power' can be used as an independent element in assessing the outcome. The court argued in State of Bombay v. R.M.D.C. that a game is called a game of skill if it needs both components, i.e. ability and opportunity.

Skill vs. Chance as seen through Fantasy Sports

Bringing depth to fantasy sports, the key question was whether selecting a team of 11 out of 22 players was something a player did on skill or whether it was the player who took a risk by selecting the group of players. For the first time, the Court answered this issue in Varun Gumber v. UT of Chandigarh & Ors:

"Any participant consumer who played a fantasy game had to form a virtual team, which took a great deal of talent, judgement, and discretion. The participant had to evaluate each athlete/relative sportsperson's value in comparison to all other athletes/sportspersons eligible for selection. He was also expected to review the laws and regulations governing athlete or player strength and weakness."

The Supreme Court stated unequivocally that Dream 11 is entirely a skill game and that gambling does not constitute fantasy sports. The Court also claimed that Dream 11 was engaged in commercial activity that was covered under Article 19(1)(g) of the Constitution.

Another problem with fantasy sports sites is the use of the players' names and team logos on their platforms. Fantasy sports platforms use player names, team logos, and other identifiers to enable users to choose specific players from specific teams. We are aware that IP laws permit players to possess some IP rights, including image rights.

Fantasy sports are based around leagues/tournaments and the players who compete in them, not individual players, and there are often business arrangements in place between the platforms and the leagues/teams that allow the platforms to use their IP. Furthermore, fantasy sports sites' use of these players' names and photographs is solely for the purpose of naming them and using their names; images do not in any way imply sponsorship of the fantasy sports game.

The legality of Dream 11 was called into question again in the Bombay High Court in the case of Gurdeep Singh Sachar v. Union of India, two years after the Varun Gumber case. “The participants do not bet on the result of the match and merely play a role akin to that of selectors in selecting the team,” the Court noted again, siding with the previous judgement. The players earn points for the entire length of the match, not just for a portion of it.” The Bombay High Court conducted an interesting review that further bolstered Dream 11's case. In 2020, the Rajasthan High Court gave Dream 11 the benefit of the doubt when it dismissed a PIL alleging that the app was involved in cricket betting.

What lies ahead for Fantasy Sports in India

In D Siluvai Venance v. State, the Madras High Court recently called for tighter rules for online games. The Court expressed concern by pointing out how young people are attracted to play online games with monetary rewards. The Madras High Court also issued a notice to MPL ambassador Virat Kohli and My11Circle ambassador Sourav Ganguly regarding the promotion of online gaming applications. It's worth noting that the aforementioned applications contain not only fantasy sports, but also online rummy, which was the crux of the Siluvai event.

When the 'game of ability' exemptions from the provisions of the Andhra Pradesh Gaming Act were removed, Andhra Pradesh became the latest state to outright outlaw fantasy sports.

The ruling of the Bombay High Court has already been appealed to the Supreme Court. The Supreme Court sent notices to both parties that the latest cases would be heard. As a result, before the Supreme Court rules on the pending lawsuit, the future of online fantasy sports remains unclear.

India Patent Law Introduction  India Patent, under the Act 1970, is a grant from the Government to the inventor for a limited period of time, the exclusive right to make use, exercise and vend his invention. After the expiry of the dura...

Intellectual Property RightsPatents, designs, copyrights and trademark are industrial property as they are used in some form of industry or business. They are also aptly termed intellectual property since they are the products of ...

IntroductionA partnership is the relationship between persons who have agreed to share the profits of a business carried on by all or any of them acting or all. In India it is governed by the Indian Partnership Act, 1932, which extend...

The Trade and Merchandise Marks Act only allows for registration of trademarks used in connection with goods. Service marks or trade marks used in relation to services alone, such as names of travel agencies, finance companies, airlines...

A trust is basically an arrangement made with regard to future development and/or use of a property by its owner. This property can be immovable such as land, houses, building structures etc., or movable such as money, shares, debentures, orn...

India Patent, under the Act 1970, is a grant from the Government to the inventor for a limited period of time, the exclusive right to make use, exercise and vend his invention. After the expiry of the duration of patents, anybody can make...

During the British regime in India the big merchants and businessmen who had established their mark in the market in respect of certain goods under the particular brand name, style or design felt they should continue to be sold or traded unde...

The object of copyright law is to encourage authors, composers, artists and designers to create original works by rewarding them with the exclusive right for a limited period to exploit the work for monetary gain.It protects the writer or...

Connectivity via the Internet has greatly a bridged geographical distances and made communication even more rapid. While activities in this limitless new universe are increasing incessantly, the need for laws to be formulated to govern all sp...

A Bill based on the recommendations of the Task Force, was introduced in the Lok Sabha on 4 August, 98. The Bill was referred to the standing committee on Finance which submitted it's report to the House on 23 December'98 with suggestion and modi...