Execution of Will when both attesting witnesses are deceased: Revisiting the Supreme Court Judgement

Will execution is the mechanism by which the will of a testator is legally legitimate. Will is a legal document that is signed according to the various formalities protected by the legislation. It is the representation of the desires of the tester as to how his/her property will be distributed. It is the only way that one can ensure that his/her assets are distributed after his/her death according to his/her wishes. It should be in paper, but it can be handwritten, printed or typed. At the end of the will, the testator must sign it. It must be witnessed by at least 2 people present at the time of the testator's signature. 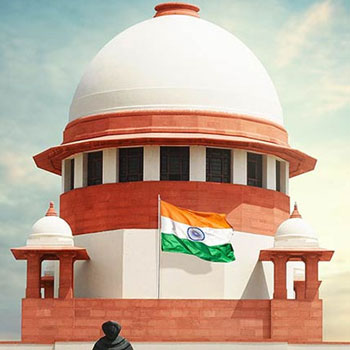 In V. Kalyanaswamy (Dead) by Legitimate Heirs v/s., Bakthavatsalam. In July 2020, the Supreme Court of India had the opportunity to revisit the legal concepts of proving the execution of a Will in cases where both witnesses have died. The Supreme Court emphasized constitutional requirements and judicial precedents and addressed the following two questions on the basis of those provisions:

Will the need to show each of their attestations still have validity before the law in the event that both attesting witnesses are deceased? Or will it be deemed appropriate to prove the attestation of one witness in her handwriting?

If, in separate legal proceedings, a copy of the testimony on behalf of one of the witnesses relating to the said will be used to satisfy the requirements in the present case?
Facts of the Case

Out of two civil suits concerning a registered will of one late Mr. Rangaswami Naidu dated 10 May 1955, the latest Appeals before the Hon'ble Supreme Court emerged. One of the High Court's significant findings, i.e. Will could not be relied on because the condition under Section 68 of the Evidence Act was not fulfilled and the deposition of one of the witnesses attesting to the Will did not prove that the Will was properly executed. The legates of the deceased are the Appellants here/

The validity of the aforementioned Will was challenged by the respondents in the present case and the absence of it being proved in accordance with Section 68 of The Indian Evidence Act, 1872 (“the Evidence Act”) and Section 63 of the Indian Succession Act, 1925 (“the Succession Act”) as neither of the attesting witnesses was alive at the time of execution. As a response, the Apex Court, in the present judgment, settled the legal principle dealing with the mode of proving a Will where both witnesses are deceased while restating Sections 33, 63, 68, 69 and 71 of the abovementioned statutes which are relevant.

In case the testator has to execute his Will/testamentary document and the execution must be certified by a minimum two witnesses and he/she has a legal obligation to prove his/her will not only by ordinary testimony of the Will but also by certification as provided for in Section 63 of the Succession Act. This provision is consistent with Section 68 of the Evidence Act, which provides that Wills must be certified in accordance with Section 63 of the Succession Act. In the event that the attesting witness is alive and capable of giving evidence, the will can only be proved if one of the attesting witnesses is called upon to prove its execution. The witness referred to above should not only prove his or her testimony, but also that of the other witness.

In the erstwhile judgement, the Court whilst referring to the expression “if no such attesting witness can be found” as used in Section 69 of the Evidence Act has restated  the interpretation of the word “such” to be a scenario where the witnesses are either dead or are missing. Henceforth, a will may be proved in the manner indicated in Section 69 i.e., “by examining witnesses who are able to prove the handwriting of the testator or executant and the burden of proof then may be shifted to others.” In other words, the propounder of the will must prove the signature and handwriting of the testator or executant. In the case of K. Laxmanan v/s. Thekkayil Padmini and Others, the Hon'ble Apex Court had said that since both the attesting witnesses had not been examined in terms of Section 69 of Evidence Act, It was the duty of the Proponent to prove that the testimony of one of the attesting witnesses was in his handwriting and that the signature of the persons carrying out the document was in the handwriting of those persons.

The effect and relevance of Section 33 of the Evidence Act, including the interpretation of the phrase "representative of interest." was the next aspect considered by the Court. It took the view that the phrase should be understood in a liberal way and not limited to cases of deprivation of title and succession of title.In the same vein, the Court accepted, pursuant to section 33 of the Evidence Act, the Affidavit of Evidence of one of the attesting witnesses, lodged before the Learned Magistrate in a previous legal proceeding pursuant to section 145 of the Criminal Procedure Code, 1973, who was certainly authorized by law to take evidence as relevant evidence in order to prove the truth of the facts contained therein. As a consequence, the Supreme Court also cleared the air around Section 68 of the Evidence Act; in the case of a will subject to Section 63 of the Succession Act, at least one witness attesting must not only be examined in order to prove the evidence, but must also be examined by the other witness attesting the evidence.

While considering the various sections of the Evidence Act and the Succession Act, the present judgment stated that the fate of the transferor or the legatee, as required by law, was not entirely at the mercy of the witnesses attesting to it. Despite the refusal of the testimonial to execute the testimonial, the law empowers the certificate to be made. The requirement of Section 68 to prove the testimony of both witnesses by examining one witness has been removed in cases that fall within the scope of Section 69 of the Evidence Act. Now, it simply has to be proved that in their handwriting was the testimony of at least one attesting witness.

A contract of hire, is governed by the provisions of Chapter IX of the Indian Contract Act. It usually covers the common day finance agreements like purchase of consumer durables like Motor Vehicles, Computers, Household appliances like Televisions, ...

A lease of immovable property is a transfer of a right to enjoy such property, made for a certain time, express or implied, or in perpetuity, in consideration of a price paid or promised, or of money, a share of crops, service or any other thing of v...

A mortgage is the transfer of an interest in specific immovable property for the purpose of securing the payment of money advanced or to be advanced by way of loan, an existing or future debt, or the performance of an engagement which may give rise t...

Will means the legal declaration of the intention of a person with respect to his property, which he desires to take effect after his death. It is a unilateral document and takes effect after the death of the person making it. It can be revoked or al...

Probate of A Will

Probate means copy of the will certified under the seal of a court of a competent jurisdiction. Probate of a will when granted establishes the Will from the death of the testator and renders valid all intermediate acts of the executor as such. It is ...

Inheritance in Absence of A Will under Indian Succession Act

The Indian Succession Act came into operation on 30th September 1925 and it seeks to consolidate all Indian Laws relating to succession. It has no retrospective operation and is applicable to intestate and testamentary succession.INTESTATE SUCCESSION...

Sale is a transfer of ownership in exchange for a price paid or promised or part paid and part promised. The transfer by way of sale of tangible immovable property of the value of rupee one hundred and above can be made by a registered instrument. Th...

Fall Out of Real Estate Boom- A Consumer's Perspective

The boom in the real estate saw emergence of many builders, who played upon the emotional side of human nature to own one's own dream house, commercial space etc. Besides the ever rising prices of the houses/flats etc attracted many to invest in ...

Real Estate in India- An Attractive Venture For Non-Residents Indians.

Introduction:      Though the expression "Real Estate" has not been defined in any statute in India, broadly speaking this expression would mean lands and buildings.Real estate is stated to be the second largest sector in Indi...